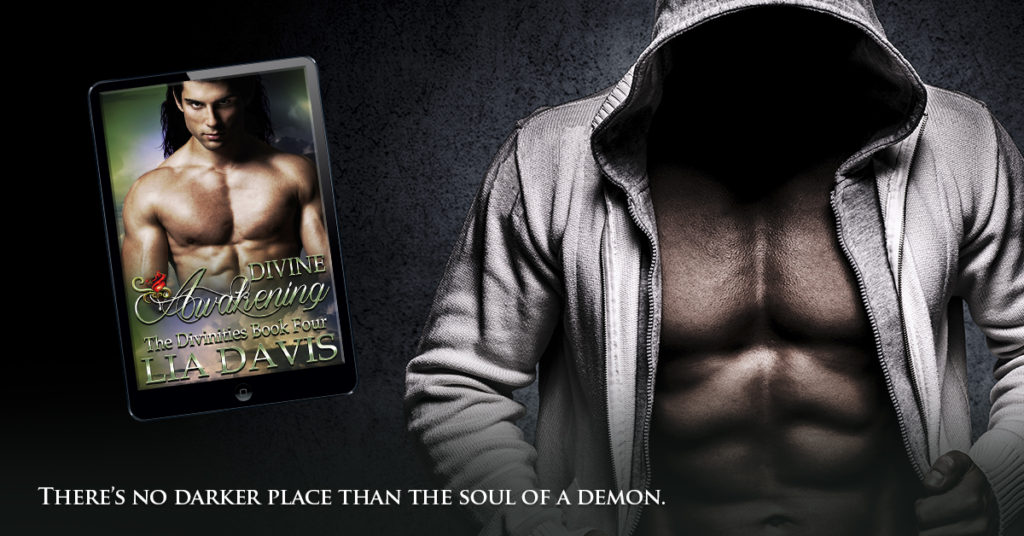 “They’re here,” Lex said with a growl as he, Desiree, Zach, and Lydia crept along the dark corridors of Khan’s castle. The smell of sulfur and dirt tingled his nose. Even though Lex had a home in the Underworld, he didn’t spend much time there. Not since Khan had taken over, anyway. “The hounds are separated and masked with a spell.”

His keen sense of dark magic came from his Death Demon half and his connection to Hecate—Goddess of Witchcraft. Khan may believe he’d hidden Teddy-Bear, but not from everyone. The fool bastard.

Lex fisted his hands. It took every fiber of his being to hold onto his control. The hounds couldn’t survive spit apart for much longer. As Siamese twins, their magic and souls were linked. They were growing weaker by the moment.

Reaching out to mind link with the hounds, he found Teddy first in a room a few feet away. Then he heard the faint thump, thump of the hellhound’s heartbeat.

A low growl from Lydia at his back told him she wasn’t pleased with the hounds being apart. “Do you know where they are?”

With a short nod, he advanced down a hallway in quick strides. He uncurled his magic, letting it flow wildly within and waited for an attack. Lydia, Zach, and Desiree followed, having to fall into a light jog to keep up with him.

“Things are too quiet.” Zach spoke in a hushed tone; concern and fear of what was ahead of them drifted from him. Dark, elfin magic rose within the male and reached out to Lex’s senses.

Yeah, things were too quiet.

Stopping a few feet down the hall, Lex stopped and faced them. He flicked a hard stare to the door they had stopped a few feet from. Cold, lethal power rose in his veins. The hounds were his family—what little he had left—and he’d be damned if Khan got away with harming them. “Teddy is in there. Zach and Lydia, you get him. Desiree and I will get Bear. We’ll meet at the Divinity House.”

The reason for not busting down the door and freeing Teddy was that Bear’s heartbeat sounded stronger. Teddy would need Lydia’s healing touch. Lex figured it’d be quicker to rush down the hall and collect Bear while Lydia healed Teddy.

When they reached the door, Lex didn’t bother to check the lock. He just plowed through the thick wood, tearing the thing off its hinges. The room was empty except for a large cage in the center with Bear standing in it, teeth bared.

The hound met Lex’s gaze and snarled, “The place is going to blow.”