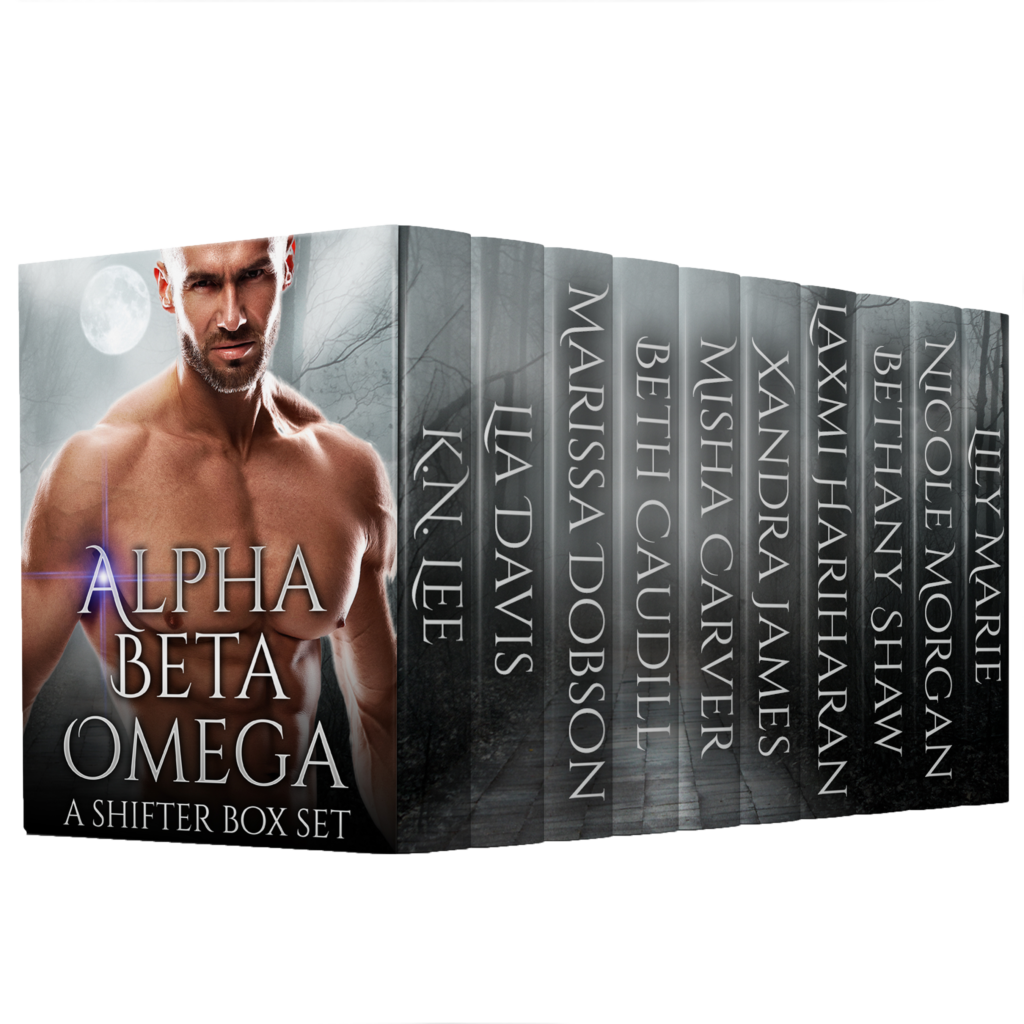 From today’s hottest NY Times, USA Today, and Bestselling authors comes a collection of 10 novellas, featuring hot alpha, beta, and omega shifters. If you like tigers, bears, wolves, and more you’ll love this box set. Each story is either a first in a series or a stand-alone novella.

AND it’s only on sale for a limited time so be sure to grab while it’s available. #99cents

A Tiger’s Claim by Lia Davis

As the Alpha’s only daughter Shayna Andrews has always been treated like a rare gem, protected like royalty, and she’s suffocating. Her longing to be independent has driven her to sneak out one evening after dinner. After relishing in being able to run free without an escort, she finds herself face-to-face with the enemy, miles from home, and nearly loses her life until a lone wolf comes to her aid. But when he discovers she wears the enemy’s brand, things will go from bad to worse.

The Scarlett Legacy by K.N. Lee

The arrival of Avalon Prince brings a century-old feud to a dangerous climax. Scottish Old-World magic, mixed with a dangerous obsession with Evie and a sinister plot for revenge threatens to bring the Scarlett family to its demise.

Tabitha Leigh has no idea her mundane life is about to change or that danger stalks her every step. Now as the Queen of the Tigers with a bounty on her head, she must embrace her future and her mate. If she doesn’t, it will mean the end of everything she’s come to know and never realized she needed.

Corliss Rumdone’s the healer of her werewolf clan, destined to save lives and live in the shadows. He’s the alpha’s son, destined to mate to cement his status at the top of the pack. What happens when he chooses her instead?

When bear shifter Jed Barton’s keynote speaker engagement and his role as pack alpha require him to  have a wife, he does what any other tycoon would do – he hires one – the  last thing he wanted to do was fall in love with her.

Reluctant Revenge – Under the Demon’s Skin by Xandra James

Demon-hybrid Nash is hungry for revenge. Promising to protect the daughter of his sworn enemy, he’s torn between his duty as an Alpha Enforcer and his desire to avenge his murdered fiancée. Can Nash forgive the past? Or will losing Sienna be the only way to heal his dark heart?

Feral – A Many Lives Story by Laxmi Hariharan

He was her destination. She just didn’t know it. When Maya leaves Luke to go in search of her blood family, nothing prepares her for the secrets she uncovers about herself.  An intense, shifter romance, set in a Bombay of the future.

The Beta’s Mate by Bethany Shaw

Nina’s tired of the lies and disappearances. Her marriage is on the verge of dissolving, but fate has other ideas. Now if she could only get in touch with her soon-to-be ex. Logan hates that his wife filed for divorce, even though everyone tells him it’s for the best. He’s the beta of the pack—second in command—and she’s human. When he discovers he’s going to be a father, he’ll do anything to keep Nina and the baby safe. But will she let him back in when she finds out he’s been lying to her for years about turning into a giant wolf?

When Paul, the leader of the Racinitine Pack crosses paths with Kinzey, a tencacious reporter, he knows he’s in trouble. Not only can he see the fire in her, but he can feel it as well. When Kinzey gets too close to his secrets, it may change the only way of life his pack has ever known.

A wounded shifter, and a beautiful, curvy woman. Two hearts, with one goal – to save the children taken by an old enemy.

Roman Black’s past has finally caught up with him – and he isn’t the only one paying for his mistakes. Dr. Jenna Morgan is running from her own past – and hopes to find her place in the small town of Pine Heart. When a wounded bear shows up at her door, she discovers that the rumors about this small town are true, and that one of those shifters is bleeding all over her front porch. She treats him, and learns that he was shot protecting a group of shifter and human kids – who are now being held by an old enemy bent on revenge.