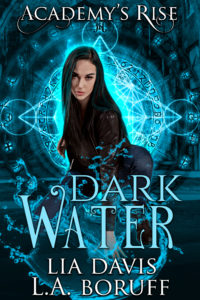 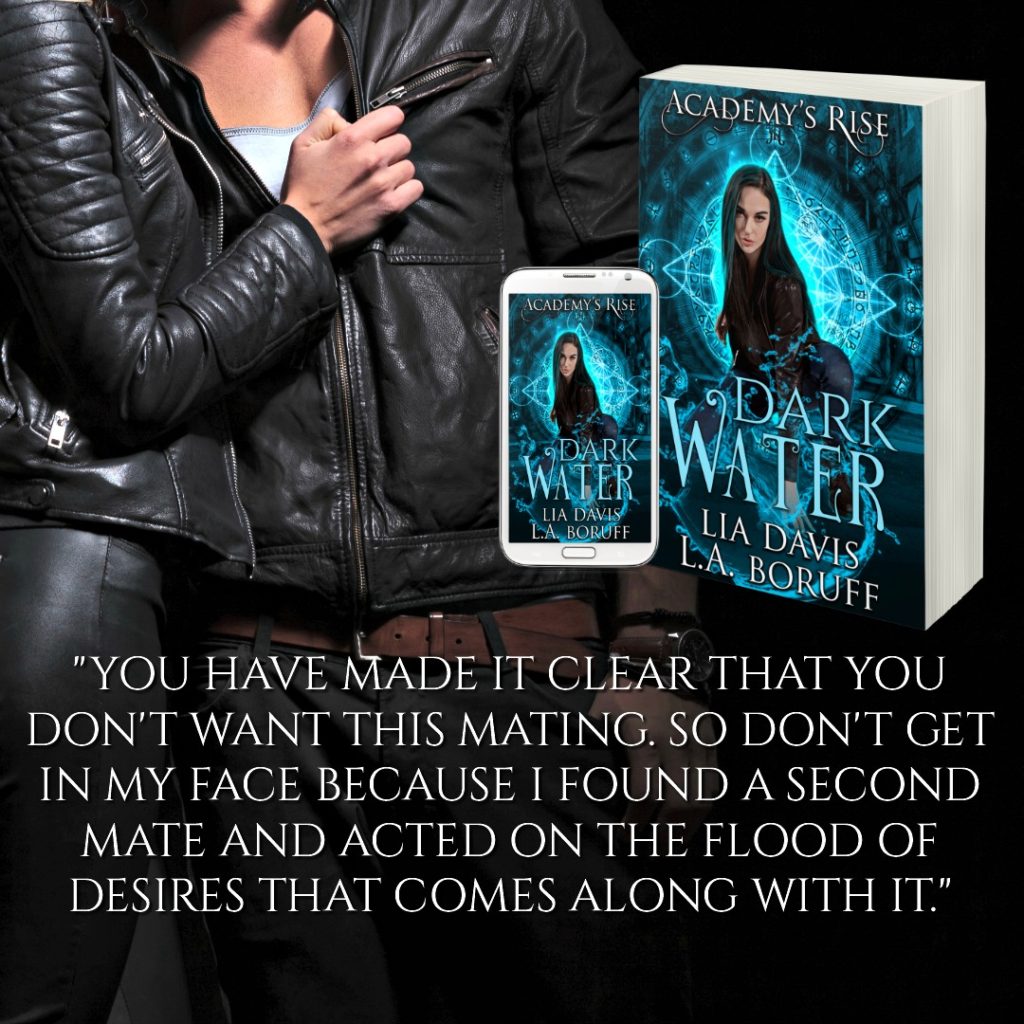 Rushing up the stairs, I kept my fingers proverbially crossed that I wouldn’t run into anyone. Especially not Randell.

Think about the hot-headed sentry and he appears. I almost turned around and went back down when I heard the top floor door open. I peered up the stairs and saw Randell. Of course. Instead of running, I straightened my spine and held my head high. I hadn’t done anything wrong. Randell hadn’t made any move to claim me. In fact, he seemed dead set against the mating. So, fuck him.

When I moved past him, he scented the air. Then, faster than I anticipated, he grabbed my arm and whirled me around to face him. “What the fuck, Tala?”

I glanced down at his hand then met his heated stare. “Apparently, I have another mate.”

Randell jerked back as if I slapped him, releasing me. I didn’t say another word, just started up the stairs again. He could’ve followed or he could’ve left. I really wasn’t in the mood to care what he did. Unfortunately, he was in the mood to argue. The fact that I smelled like another man and sex didn’t help anything.

When I entered the dorms I shared with my sisters, I didn’t bother to close the door. Randell was right behind me and would be even more pissed if I slammed the door in his face. However, the thought did cross my mind.

I went straight to my room because I needed to shower. Not for Randell’s benefit, but my own. Fenton’s scent was driving me crazy. Add in Randell’s and damn, I was ready to fuck both of them. At once.

Nope. I shut that thought down. As mates, I was sure eventually that would be on the agenda, but my body responded too readily to the idea, which meant I needed to let it go for now. Damn.

I did close my bedroom door, which did nothing to keep the growly sentry out, of course. Randell barged in with a snarl. I glanced at him with one raised eyebrow. He crowded me, trying to intimidate me. Whatever. It wouldn’t work.

“What are you doing?”

I placed a hand on his large chest and pushed. It was effective enough to make him take a step back. “I am going to take a shower.” If he didn’t move I’d show him who was the damn alpha in this relationship.

“That’s not what I’m talking about.”

I knew what he meant. With a sigh, I crossed my arms and glared at him. “You have made it clear that you don’t want this mating.” Like he had any choice in the matter. I poked him in the chest. “So don’t get in my face because I found a second mate and acted on the flood of desires that comes along with it.”

He growled again. “You didn’t think it would be good to talk to me first?”

Oh, Hell no. My fangs lengthened and my wolf snarled. Fury built inside me and my water boiled under the surface, this time out of anger, not desire. I may not have been a fire element like Meda, but I could pull on her heat to boil my water. “You don’t have a say in what I do. You are my sentry, here to protect me, not order me around.” Sometimes, like now, Meda’s heat came to me in anger or desire, whether I called on it or not.

I needed a cold shower to calm me down. Hell, what I needed was to drown in my water. Although water would never kill me, no matter how long I stayed under, when I was in the water I didn’t need to breathe, because I was the water.

I laughed humorlessly. “Says who?” Turning on my heels, I entered the bathroom, slamming the door behind me. Stripping out of my clothes, I tossed them into the hamper. Jerking the shower curtain open, I turned on the cold water. I was so pissed at Randell that my internal water was still boiling hot. I needed the cold to counter it or I risked losing control. Hopefully, it would calm me down in the process.

Several minutes after I stepped under the cold sprays, Randell joined me. Damn it, I was still pissed at him. Why did he have to bring his gorgeous ass—and dick—into my shower? “Don’t. I’m pissed.” Giving him my hardest glare, I tried to ignore his hard cock when I really wanted to bounce on it. Damn him.

“I know.” He stepped closer and I groaned as his cock pressed against my hip. Then he fisted his hand in my hair and pulled. “I never said I didn’t want to mate. I’m still processing it. What I don’t want is for everything to change. Mating you changes everything.”

Lia makes her home in Northeast Florida where she battles hurricanes and humidity like one of her heroines. When she’s not writing, she loves to spend time with her family, travel, read, enjoy nature, and spoil her kitties.  She also loves to hear from her readers. Send her a note at lia@authorliadavis.com!

L.A. (Lainie) Boruff lives in East Tennessee with her husband, three children, and an ever growing number of cats. She loves reading, watching TV, and procrastinating by browsing Facebook. L.A.’s passions include vampires, food, and listening to heavy metal music. She once won a Harry Potter trivia contest based on the books and lost one based on the movies. She has two bands on her bucket list that she still hasn’t seen: AC/DC and Alice Cooper. Feel free to send tickets.