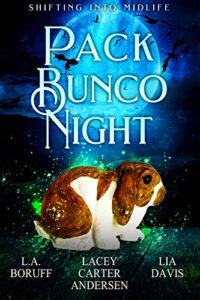 Shifting Into Midlife (Book One)

Waking disoriented was very…well, disorienting. Where was I? I’d obviously fallen asleep shaped like a pretzel. That was the only thing that could account for the pain in every single muscle in my body.

My neck cricked as I tried to move it, reminding me why I’d given up late nights and heavy drinking long ago.

As I unfolded myself and stretched out my legs, my head flopped to one side to appease the pain in my neck. I couldn’t for the life of me remember why I’d fallen asleep like this.

My daughter had come home from college last night, a couple of days before the scheduled fall break, with a high temperature. The poor thing had run into the house, dropped her things in the middle of the living room floor, and then went straight to bed. She mumbled, “Hi, Mom,” or something similar as she passed.

As her overprotective, worries-too-much mother, I’d tucked her in and set a glass of water on her nightstand before sitting down outside her door, ready to jump if she needed anything. But then, I’d fallen asleep. I really hadn’t intended to spend the night in the hallway, but it wasn’t often that Tilly was ill. It concerned me.

If she woke up and found out I’d kept watch all night, curled into a ball on the floor, she would give me the look. Usually, mothers were the look connoisseurs, but Tilly had been three the first time I’d seen it. Over the years she’d cultivated that baby—eyes narrowed, mouth pinched—so that now I cringed when I saw it. Plus, she’d pick on me for being a crazy, overprotective mom.

Hey, I owned that title. She was my only child. My whole world. Her independence was a source of pride—and frustration. Despite it, I’d keep her safe, no matter how many labels people threw at me.

I sighed and pushed to my feet as quietly as I could. After the tenth time of going into her room last night to insist she have some soup, she’d shooed me out and said not to come back until the morning. My baby girl was grumpy when she was sick. If she’d just let me take care of her it would’ve been fine.

Apparently, the years hadn’t been as kind to my body as I’d thought. While I remembered being sore when I’d slept outside of my daughter’s door when she was a teen, now it was like my whole body screamed in protest. Every muscle was tight and sore. I rolled my neck as far as I could and rubbed my lower back. Yes, I was crazy. I shouldn’t have stayed so close, but that child was all I had. I’d wanted to be close.

Ugh, after I made sure Tilly was okay, I’d have to pencil in an Epsom salt bath. Maybe even a nap. Naps and baths were my things, preferably one after another. If there was a medal for bath-taking, I’d have a whole wall of trophies. World champion.