Mar11 Comments Off on The first 6 lines of Zeus. #SixSentenceSunday #GodsofOlympus 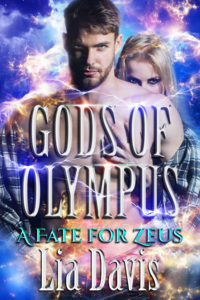 I used to do SSS a while back and loved it. So I’m participating in it again. Every Sunday you’ll six sentences from an upcoming book. Today I give you the first six lines from A Fate for Zeus.

She was suffocating. Her lungs burned each time she tried to draw in clean air. And with each breath, she coughed, which only burned more. A voice in her head told her to wake up. Awareness pushed at her subconscious.

A Fate for Zeus

Evil escapes the fiery pits of Tartarus and sets up residence in a small Pacific Northwest town in hopes of finding the priceless Stone of Affliction, and Zeus is the only one that can stop it. When the stone’s guardian is killed, the stone is passed to another—a beautiful demi-goddess who has no idea that the pendant she wears around her neck has marked her as the killer’s next target.