Jan13 Comments Off on A Tiger for Two Giveaway!

We’re celebrating the release of A Tiger for Two, the 12th book in the Shifters of Ashwood Falls series. ATFT releases on February 4, 2020, but you can preorder it now! 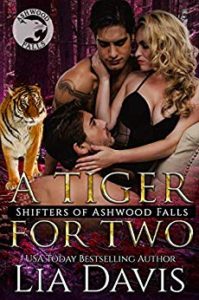 Preorder your copy of A Tiger for Two!

5 lucky winners will be selected at random to receive a $5 Amazon gift for US winners and Paypal gift card for international winners.

PLUS, everyone gets a FREE Ashwood Falls book!