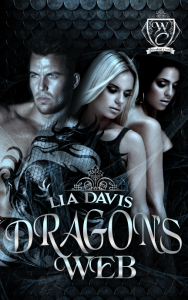 Kara paced the cramped, windowless shoebox they’d stuck her in a little more than a week ago, right after she’d squeezed through the bars on the window of the last room they’d placed her in. When Henry Carter and his minions had brought her here—wherever the hell here was—they’d placed her in a cage only big enough for a small child. They’d also kept her under some kind of spell, or laced her food with something that interfered with her magic to shift into her black cat form. A few months ago, she’d shifted in her sleep, which led her to believe it was a potion they’d given her, and that her system had somehow built up immunity to it. Once she realized she could shift again, she didn’t think twice about escaping from the cage.

Did they really think they could keep a shapeshifting cat contained for long? They were idiots if they did. Cats were great escape artists. Kara was no exception.

She fisted her hands as she wore a track in the center of the burnt-orange carpet. Or was that blood-saturated carpet? She shuddered, not wanting to think about how many other people Henry had killed in his lifetime. Her capturer wouldn’t get away with murdering her best friend’s parents and then kidnapping Kara to keep her quiet. One way or another, she would get out of here, and Henry Carter would pay.

A sound from outside the door drew her attention. Coming to a stop in the middle of the room, she listened then growled. Anxiety and annoyance fueled her need to escape. Plus, the walls seemed like they were closing in on her.

She’d find another way out.

She had to. For Nyna. She’d do anything to protect her and give her the closure she deserved.

The sound of a door handle turning refocused her thoughts. When the door opened, she let out a low snarl as Dumbass One entered. That’s what she called her guards, Dumbass, with the number of the order she’d met them over the last eighteen months.

“Get bent, asshole.” She tracked him with her eyes as he carried a tray to the small rectangular table against the far wall.

His brown hair fell over his face as he set the tray down. “I see I’ve been promoted.” He turned and smirked at her. She hissed at him, wanting to claw out his eyes. “Or is that a demotion?”

Smartass. “Bastard.” She eased to the table, lifted the cover from the plate, and sniffed. The aroma of garlic, butter, and red meat drifted up, filling her senses. Her mouth watered and her stomach grumbled. “Steak? Is this my last meal or something?”

Dumbass One laughed, bitter and all too fake. “Don’t we all wish. No, the boss wants you alive.”

For what, she didn’t know. Kara had a theory that Henry wanted to use her as insurance in case Nyna—his niece—found out that he’d killed her parents. His own brother and sister-in-law. The fear that rose with that thought fueled Kara’s rage even more. Nyna had a right to know, and to have closure so she could move on with her life. Kara had to be there to protect her from her bastard uncle.

Studying the guard, Kara stepped closer to him. He raised a brow but didn’t move. Brave man. Or, he really was an idiot. She batted her lashes and gave him her best attempt at a sensual smile. “I could make it worth your while if you just…I don’t know, forget to lock the door when you leave.”

His lips twitched as if amused. Desire flashed in his gaze briefly, telling her that he considered it for a moment. With a quickness she hadn’t expected from the human, he gripped her upper arms and yanked her into him, their clothed bodies meshing together. Holding down the bile that threatened to surface, Kara wrapped her arms around his waist and allowed her tiny fangs to lower. “What do you say?”

He shoved her away and shook his head. Without another word, he left the room, slamming the door behind him. The click of the lock was her answer.

She laughed. Never underestimate a desperate female. She opened her hand and grinned.

A single key rested in her palm.