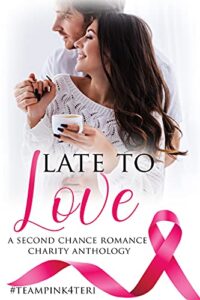 Late to Love is a charity anthology with all proceeds going directly to #Teampink4Teri.

24 authors have banded together over the love of a friend beginning her battle with cancer to bring you this limited edition anthology.

From cowboys to werewolves to veterans, there is a story for everyone. Just remember, after every perceived failure, there’s a second chance waiting.

Fans of happily ever afters will devour this anthology of more than 24 standalone romances.

Each unique story in the Late to Love: A Second Chance Romance Charity Anthology guarantees a swoon-worthy book boyfriend and a happily ever after that fans of Melanie Harlow, Corinne Michaels, and Nicole Ellis are sure to enjoy!

Get it from your favorite ebook store 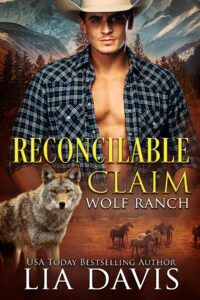 Lia’s story in the anthology is the first in her upcoming series, Wolf Ranch.

As Erika sorts through the books for Sawyer to figure out what’s really going on, one phone call forces her to make a difficult decision:  return to L.A. or stay on Wolf Ranch and work things out with Sawyer once and for all.