In the blink of an eye, your entire world is turned upside down. You’re bitten by a vampire and a powerful shifter alpha saves your life. You realize he’s your mate, but there’s just one catch. You now have a 50-50 chance of becoming a vampire, and if you turn, the man you’re falling for will drive a stake through your heart.

Reject Vampire Mate is a multi-author series where each heroine is thrust into a paranormal world where she must fight to survive, prove her worth, and claim her mate. 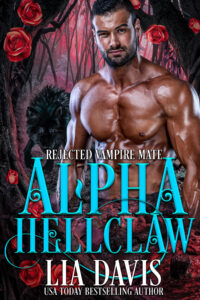 Buy it at Amazon

Meeting my mate should be the happiest time of my life. That would be true if I didn’t find her after she’s been bitten by a vampire. She has a 50/50 chance of turning into the creature I’ve spent my life hunting. I’ve seen the effects of a vampire bite and the carnage they leave behind firsthand.

Now my mate is fighting to keep her humanity. If she turns into a vampire, I’ll have no choice but to kill her.

Freya Workman, a woman on a mission.

My ordinary, boring life is turned upside down when I’m attacked by a monster with fangs. I’m thrust into the world of vampires and shifters without the how-to survive pamphlet. I’m learning as I go and making up my own rules.

The alpha wolf who claims I’m his mate while saying he must kill me is a few cards shy of a full deck. But we have one thing in common. We want the monster who turned me dead.

To stay alive, I must prove that I can hold onto my humanity. Dying after I found the one thing I’m good at would really suck. 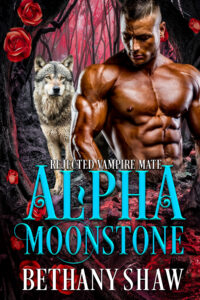 The day I meet my fated mate is the day I learn I have to kill her.

Jensen
As alpha of the Moonstone Pack, I live by duty and honor to my pack. Vampires are the enemy. They brutally murdered my mother and sister, and I vowed to never lose another member of my pack to them. I’ve staked every vampire I’ve come across. Until I meet her. Anya is my mate. My one true love. I was too late to save her from the rabid vampire that attacked her. She’s been bitten and is turning into one of them. Vampires are ruthless and manipulative, but she seems different. I want to trust her, but I can’t forget what she is, and it will put the entire pack in danger. How do I choose between protecting my pack and my mate?

Anya
My mom always said when life gives you lemons, make lemonade. All I do is make lemonade. I got passed up for a promotion… again, dumped by my boyfriend and had my car broken into. And that’s just this week. To top it off, I get attacked. I think I’m going to die. Except I don’t. I’m saved by a gorgeous werewolf. The problem: I’m turning into a vampire and now he has to kill me. I don’t want to die, and I don’t want to be a monster either. I’d love to get to know my hot savior, Jenson, if he’d let me live long enough. Can I prove him wrong about vampires or will I turn into the crazed monster he thinks I am?