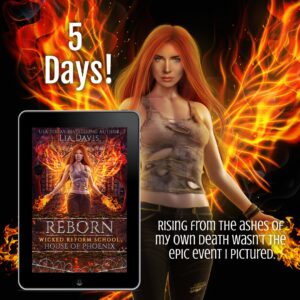 Enjoy your first taste of Ember!

“Are you ready for everything to change?”

I turned to face my best friend from birth as I walked backwards on the path through the jungle behind our houses. It took me a few moments to realize what he was talking about. “Nothing is changing.”

“A lot will change,” he muttered. It was low but I still heard it. However, I didn’t comment. Louder, he asked, “Are you ready to rule the clan?”

Was I? No. It scared the shit out me. I just turned nineteen a few months ago and even though phoenixes weren’t considered adults until their early twenties, it was tradition in my family for the heir to step into her position before the age of twenty to work closely with the Alpha to learn everything she needed to know before fully taking the reins as clan leader.

“It’s a case of ready or not. Mom took over the clan at sixteen. So I got this!” I tried to sound confident, but Lucent saw through my shit. Every. Fucking. Time.

He gave me a grin and looped his arm around my waist. “I’ll be at your side every step of the way.”

And he would. I had no doubt about that. We’d never talked about taking our relationship to the next level and out of just friends, but I did feel a draw to him. My phoenix wanted to claim him. Like most shifters we had our legends and tales of having fated mates. The one true mate that completed us, our second half. The only difference was, phoenixes often took multiple mates. I wasn’t sure if Fate had paired us with our predestined partners or it was something my ancestors had chosen, making it a tradition to be passed down.

While my phoenix was on board with taking Luce as my mate, my human half wasn’t sure. I cared for him enough to say I could love him more than a friend. Doubt and uncertainties about what the future as a clan leader would do to us. Because clan leaders took multiple mates. My mom had three besides my birth father, who was banished from our island and our lives shortly after I was born.

Mom and her mates were a complication that I didn’t want to think about. Their situation was something I never wanted to repeat. So I had to be selective in choosing my mates. I wasn’t sure I wanted anyone else besides Lucent. Although I never told him of my fears.

I stepped out of his embrace and linked our fingers as we walked deeper into the jungle—our tropical paradise. Azorea Cay was the uncharted island my phoenix clan had lived on for thousands of years.

The climate was tropical with a few months of a mild winter, which the ice phoenix half of me loved. We had some of the rarest species of plants and animals that were unique to Azorea Cay. So it was natural for us to protect the island from human and other paras who wish to destroy the beauty.

Lucent and I were on our way to see the hatchlings of a dragontail couple. Dragontails were often mistaken for smaller versions of phoenixes only their tail feathers looked like three dragon tails. They weren’t shifters but could communicate with us telepathically.

Before we reached the small cave they chose as their nesting ground, a screech and caw echoed through the jungle, making me freeze in place. Cold fear and dread rushed through my veins. It was a distress call—a cry for help. By the sound of cawing, it was a youngling. One of the phoenix kids was in danger. 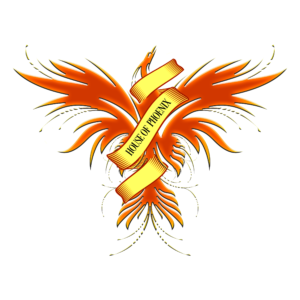